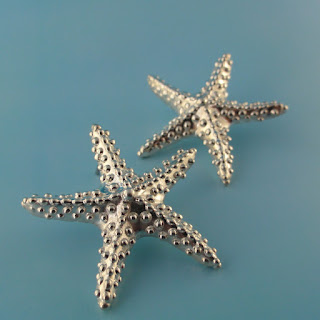 I love these Starfish Earrings, they are about an inch wide (tip to tip)
and hang from one tentacle
which make these elegant beachwear jewelry! 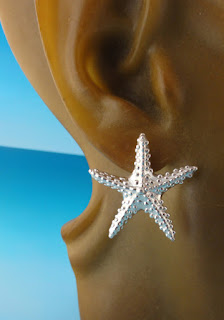 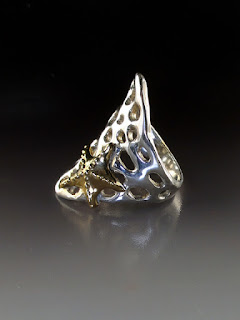 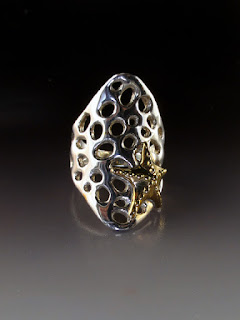 Hand sculpted and cast in Sterling Silver, this ring features a "fusion" of high polished Fan Coral with our signature Starfish holding on for dear life.

Materials: Sterling Silver 92.5 and plated in 24k gold (Starfish).
Length: 1 1/4" Long
Size: We size all of our rings, please specify when purchasing. 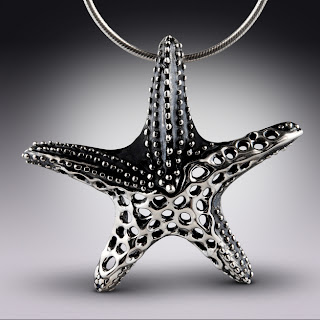 Hand sculpted Starfish Pendant using the lost wax process and cast in Sterling Silver with oxidation added to bring out my detail. Fusion is a new line I introduced this month to be combined with my Ocean Reef Collection. Fusion is a combination of a classic Starfish but with Fan Coral laying on the starfish, fusing itself to the starfish.
I wanted to create a true piece of wearable art.

The piece is 2" in diameter.
Available in our Etsy Shop
Posted by Dawn Vertrees Jewelry Designer at Sunday, December 18, 2011