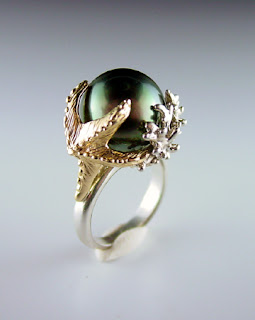 My rings are hand carved in wax and then cast using the lost-wax method. This ring is a highly detailed work of art with a design that flows all the way around the base of the ring.

Metals: 14K Yellow Gold and Sterling Silver 92.5
Note: This ring can be customized.