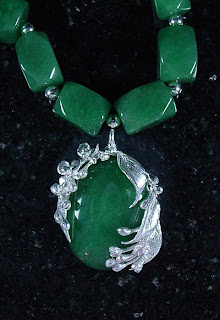 As soon as I have this cast and soldered, I'll post the finished piece.
Posted by Dawn Vertrees Jewelry Designer at Tuesday, April 08, 2008 No comments: