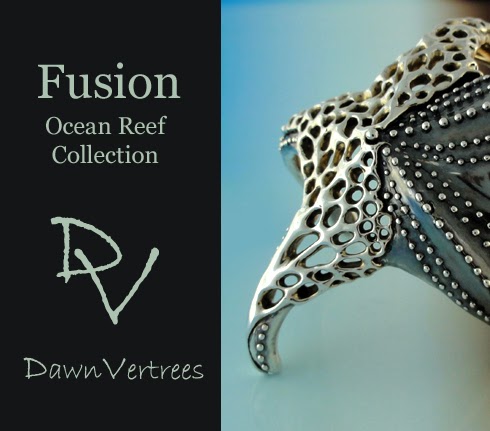 I'm taking the Fusion Starfish and Sea Fan Coral Collection into a new direction...I'm including the Murex Shell into the mix of things.

The Murex Shell has that natural edgy look that I love, and combining that with the Sea Fan Coral just works beautifully with my Fusion Designs. 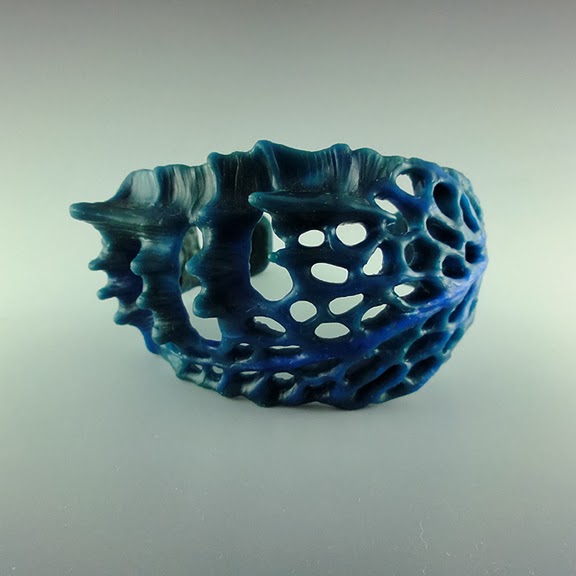 As you know, I always start with the WOW pieces, I guess that's where all of my excitement and energy first flows to my fingers, so I'm sculpting the wide Fusion Shell Cuff first. I'm still working on this piece, it's about one week before I'll turn it over to be cast in Sterling Silver, it still lacks detail but that's what I'll be doing in the next few days...adding character that will speak to you...besides designing, that's my favorite thing to do, I get so into the detail. 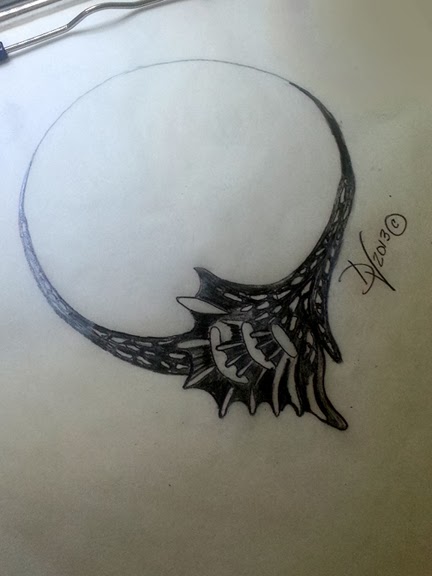 The sketch to the right is going to be my Fusion Shell Necklace,
it's only a third completed but putting it on paper takes away a lot of the mental guessing game.  The cuff on the other hand was a no brainer...just looking at the shell was enough to start sculpting the piece. 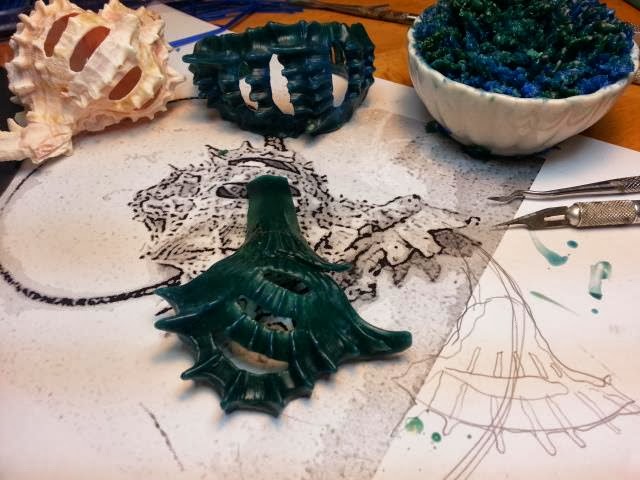 The ring took a lot of work...being small, it had to say a lot. I sculpted the Murex Shell Ring and then incorporated the Sea Fan Coral. I took a quick picture of it being 3/4 completed but afterwards, I added addition Sea Fan Coral into the

design before it was cast. 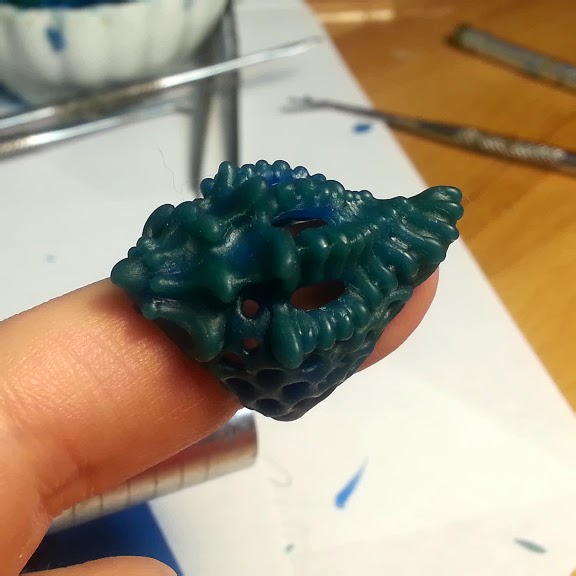 You can see a little bit of the Sea Fan Coral one the side but once I completed the wax model, the Sea Fan Coral took over half of the shell. It was cast on Friday, on Monday it will be polished and oxidized like the Fusion Starfish Cuff. I'll post pictures on Wednesday of the finished piece.

New pieces being designed are the earrings as well as a line of stack-able rings and bracelets....this is where the pieces are smaller but equally cool.  Thanks for looking...I hope I put a smile on your face today.